Slot Machines – A history of gaming

Images of gambling games have been discovered on primitive cave walls. Dice were found in the excavation of Pompeii, and the word “casino” comes from the “little houses” or “casini” where Venetian society gathered to play cards and make wagers during the Renaissance.

The Evolution of Slot Machines

The first slot machines were designed in New York by Pitt and Sittman in 1891. It had 5 drums that would spin and display poker hands, but had no payback mechanism. Usually, the places that had them would have prizes of their own such free drinks.

Charles Fey made the first slot machine and called it the “Liberty Bell”. Made of cast iron and weighing some 100 pounds, it lacked the fruit symbols commonly associated with slot machines. Instead it had star, horseshoes, and suits from playing cards, such as diamonds and spades. The Liberty Bell gave a fifty cent payout to winners – a reasonable sum in those days. The Liberty Belle Saloon and Restaurant in Reno still has the very first Liberty Bell designed by Fey. The establishment is owned by his grandchildren, who preserve Fey’s legacy in the history of slot machines.

Later Charles Fey created the Operator Bell Slot machine. This slot features the famous fruit design, and it became the standard for slot machine look and feel and with it changed the history of slot machines forever. Fey was forced to be clever due to anti-slot machine sentiments which began to raise early in the 20th century, so he designed his machines to work like vending machines. This was an annoyance to owners of vending machines, as the public often confused the two. The Bell-Fruit Gum Company, who is alleged to have stolen a slot machine from Fey, were the first to mass produce machines that dispensed gum for every pull in order to mask the nature of the slot machine. This is where the BAR symbol comes from. It was an effort to market their gum.

The notorious gangster, “Bugsy” Siegel, figured prominently in the history of slot machines. Bugsy built the Flamingo Hilton on what is now the Las Vegas Strip. “Bugsy” invested in slot machines to fill space in the casino and keep the girlfriends and wives of his rich players occupied. He saw them as a novelty, and didn’t take them too seriously, but the women who played them did.

Bally introduced the first prototype of the modern slot machine in November of 1963. Overcoming the vulnerability of the mechanical slots by making electronic ones, Bally debuted “Money Honey”, a three-reel electromechanical slot machine broke new ground, forever changing the landscape of the gaming industry. Electronic slot were much more secure than old mechanical and while not perfect, were much harder to cheat and incorporated a “bottomless” motor-driven payout hopper capable of automatic payouts of up to 500 coins without the use of an attendant. They became more widespread in the casino floors, and were less and less associated as novelties. By 1968, a whopping 94 percent of all slot machines sold in Nevada, the preeminent gaming market in the world, were Bally machines. Electric bells, and motorized coin hoppers became standard during this period, later this advancemend would lead to the first video and poker machines in the mid-1970s.

The seventies brought about another revolution as companies began using microchips and random number generators to determine the spin of the reels. Pulling the arm became an anachronism as the machines no longer required this to work. As the microchip advanced, so did slots. By the 80’s, all the casinos went to microchip-powered slots, and casinos experienced tighter profits as the machines were infinitely more inexpensive, and the history of slot machines continues on. These advances allowed the porting of code to online slots as well.

A new player, International Game Technology (IGT), was born in 1981 and rapidly built a franchise for its products, starting with the Fortune 1™ line of video slots and followed by the Fortune 1™ Draw Poker machines. In 1983, IGT made history with the introduction of its first solid-state spinning-reel slot machine, the M Slot™.

Early microprocessors, like those used in the M Slot , brought about the addition of lights and sounds. With electronics came additional enhancements: multi-line bets, double pays, 5-reel games, and Giant Bertha machines. The microprocessor also made possible embedded meters, which allowed for progressing “Giant Jackpots,” a concept that would be taken much further in years to come.

IGT’s arrival in the marketplace coincided with a significant shift in the composition of the gaming floor. The lively table games of the original “Ocean’s 11” were being challenged by an ocean of slots that were generating wave after wave of revenue. In Nevada, for example, slot revenues exceeded table revenues for the first time in 1981, a trend that has become more pronounced as the years have passed. In 2006, slot win accounted for 65.8 percent of Nevada statewide casino revenues — more than $8.3 billion.

As more slots and bigger jackpots became the norm, casinos were plagued by a growing problem with slot cheats who had figured out how to manipulate the reels to make them stop on a jackpot combination. In response, IGT’s revolutionary S Slot™ was born. The S Slot gave control of the game to the microprocessor which used a random number generator to determine the outcome on the machine’s computer. The system was further refined into the S-Plus™, which brought about a variety of contemporary applications: multi-level progressives, creative linked configurations, and enhanced audit trail functions.

The Slot machine gained popularity across the United States and later, the world. Slots now account for 70% to 80% of casino revenue. Slot machines today are no longer mechanical. They are completely electronic and come in a million different varieties, but the premise of them all is the same.

Online slots are the next stage in the evolution in the history of slot machines. 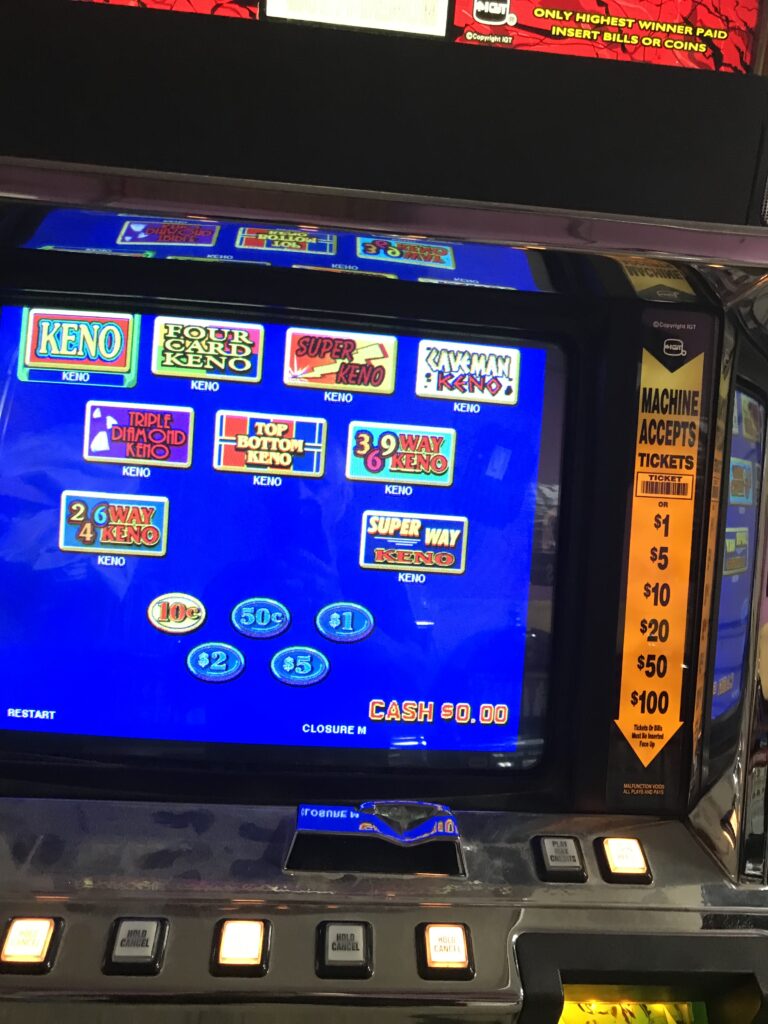 Contact Wade Domet to Buy Slot Machines in Canada - I can ship anywhere in Canada!

Buy only the highest quality and the most popular slot machines. Denominations can be quarter or dollar machines. They will work on Canadian coin and Canadian bills. We can deliver slot machines anywhere in Canada.

These make a great retirement gift, or to just light up your rec room. Service support is available online 24/7.

Note: THESE MACHINES ARE STRICTLY FOR CANADIAN HOME USE ONLY, ANY OTHER ATTEMPTED USE CONSTITUTES A CRIMINAL OFFENSE!